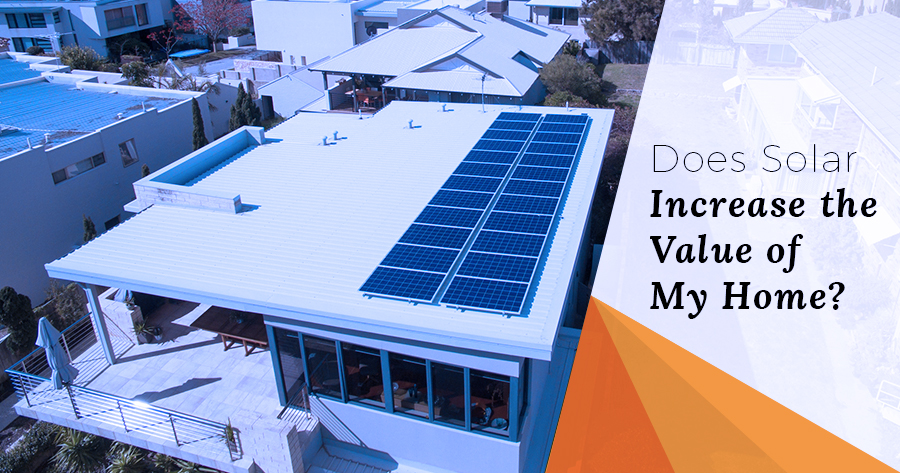 We all know that investing in a solar PV system for your home will decrease electricity bills. But does it also increase the value of your home? Let’s find out.

In a recent US study, economists looked at utility data and sales records of single family homes in California, specifically the San Diego County and Sacramento County areas.

The data, collected from 2003 through to the end of 2010, revealed that for the average installation (4kW), a solar PV system added a $20,194 premium to the sales price for the home based on repeat sales data.

The average price for solar during this time – including government subsidies was around $20,892. (In the early 2000s, solar was still a relatively new adoption, and thus accounts for this expensive pricing.)

Therefore, with a premium of $20,194, homeowners recovered an average of around 97% of their initial investment costs. This is in addition to the savings associated with reduced energy bills throughout the lifetime of their system, meaning the majority – if not all – of the homeowners came out financially better from having installed solar.

In a second study, the National Renewable Energy Laboratory of the US determined that for every $1 in energy bills your solar PV system saves you annually, $20 is added to your home’s total value.

While we doubt a 1.5kW system would increase a house’s worth by very much at all, we have no doubt that a system 5kW and above could have a very large effect on the value of your home. After all, wouldn’t you pay extra to secure a house with little to no electricity bills?

A recent survey conducted by realestate.com.au and Origin Energy found that 85% of Australians identify solar rooftop panels as a factor that adds to a property’s value.

In addition, they discovered three quarters of renters said they would pay additional rent to live in a property with solar energy, with two out of five saying they’d be willing to pay an extra $10 a week.

Although less formal than the research completed by the American counterparts, this is perhaps more telling than the US study as it comes straight from the horse’s mouth.

Rather than analysing sale prices (which can be affected by other factors such as inflation), realestate.com.au has gone a step further to actually ask Australian homeowners if solar is something they’d be willing to pay a premium for when purchasing a house. And the answer, confirming the US studies, is an overwhelming yes.

So Why Does Solar Add to a Property’s Value?

There’s a saying in real estate, that a property is only worth whatever someone is willing to pay for it. Solar adds to a property’s value because buyer’s are willing to pay more for a home with solar, usually for the following reasons:

People are generally becoming more environmentally responsible, and want to do their bit to help the planet for future generations. This has resulted in an increase in recycling practices, wiser water usage, and an increase in the uptake of residential solar systems.

In a survey conducted by the New South Wales Office of Environment and Heritage, 48% of homeowners said a property with low running costs was a factor they’d take into account when purchasing a new home.

Proved by the price differentials above, homeowners are willing to pay more to secure a house with low running costs.

Due to shifts in attitude towards sustainable living practices and serious cost of living pressures faced by Australian households, particularly for those in WA, homeowners are willing to pay a premium for homes that come with solar already installed.

If you’re considering solar but are worried that it might not be worth the investment if you decide to move – don’t worry. The research shows you’ve gained an asset that will increase the value of your home.